Tom Brokaw has spent his entire distinguished journalism career with NBC News. He began in 1966 in the Los Angeles bureau, where he covered Ronald Reagan’s first run for public office, the rise of the ’60s counterculture, the assassination of Bobby Kennedy, and the 1968 presidential campaign. From Los Angeles, Brokaw went to Washington as the White House correspondent during Watergate and as the principal backup for John Chancellor as anchor of NBC Nightly News. His next stop was New York and the Today show, followed by his appointment as anchor and managing editor of NBC Nightly News with Tom Brokaw. He took over Meet the Press for the 2008 campaign when his close friend and colleague Tim Russert died.

In addition to his daily news-gathering responsibilities, Brokaw reported on more than thirty documentaries covering subjects including AIDS, Los Angeles gangs, race, education, medicine, immigration, and global warming. He has an impressive list of firsts: the first American interview with Mikhail Gorbachev; the first network report on human rights abuses in Tibet, accompanied by an exclusive interview with the Dalai Lama; and the first and only American network anchor to report from Berlin the night the Berlin Wall came down, which earned him the Order of Merit from the German government.

In 1998 Brokaw published his first book, The Greatest Generation, one of the most popular nonfiction books of the 20th century. He followed that with six other books, including Boom! Voices of the Sixties, The Time of Our Lives, and most recently, A Lucky Life Interrupted: A Memoir of Hope. He is also a popular essayist for publications ranging from The New York Times to Rolling Stone and a wide assortment of other periodicals and newspapers.

Brokaw has won every major award in his craft, including Peabodys, duPonts, Emmys, and lifetime achievement recognition. In 2016 Brokaw was awarded the coveted Legion of Honour by the French government for his extensive work on World War II. In 2014 Brokaw was awarded by President Barack Obama the Medal of Freedom, the highest civilian award, given to those who made “meritorious contribution to the security or national interests of the United States, world peace, cultural or other significant public or private endeavors.” 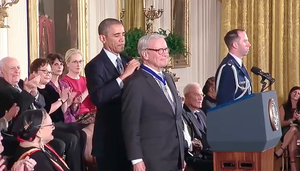 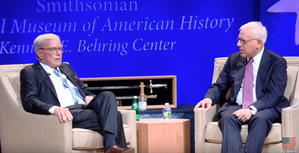 On the Fall of the Berlin Wall 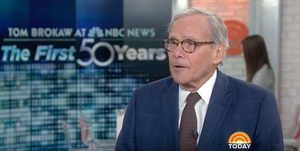 On Waking Up Early for the Today Show