Cal Ripken Jr. is baseball’s all-time Iron Man. He retired from baseball in October 2001 after 21 seasons with the Baltimore Orioles. His name repeatedly appears in the record books, most notably as one of only eight players in history to achieve 400 home runs and 3,000 hits. On July 29, 2007 he was inducted into the National Baseball Hall of Fame.

In 1995, Ripken broke Lou Gehrig’s Major League record for consecutive games played (2,130) and in 1996 surpassed Sachio Kinugasa’s streak of 2,215 games. Ripken voluntarily ended his streak on September 20, 1998 after playing 2,632 consecutive games. Although he began and finished his career at third base, Cal is still best known for redefining the position of shortstop.

Ripken’s other on-field accolades include AL Rookie of the Year (’82), two time AL Most Valuable Player (’83, ’91), two time Gold Glove recipient (’91, ’92), two time All-Star MVP (’91, ’01), and a world record 2,632 consecutive games and 19 All-Star Game selections. In addition, his 2,131st consecutive game was voted by fans as MLB’s “Most Memorable Moment” in baseball history and Ripken was named to the MLB All-Century Team at shortstop.

Ripken continues to grow the game at the grassroots level. Cal Ripken Baseball, the largest division of the Babe Ruth League, is played by over 700,000 youths worldwide. Ripken also built a baseball complex in his hometown of Aberdeen, MD that includes Ripken Stadium—home to the Aberdeen IronBirds, the Class A affiliate of the Baltimore Orioles—and The Ripken Experience Aberdeen Powered by Under Armour youth baseball complex. The Ripken Experience has been replicated in Myrtle Beach, SC and Pigeon Forge, TN.

In the fall of 2007, Ripken was named Special Public Diplomacy Envoy to the U.S. State Department to travel the globe using baseball as a tool to spread goodwill. He has visited China, Nicaragua, and Japan where he spent time with children impacted by the devastating earthquake and tsunami of 2011.

In December 2015, Ripken was named Special Adviser to MLB Commissioner Rob Manfred on youth programs and outreach. Ripken advises the Commissioner and MLB’s Youth Programs Department on strategies and initiatives designed to grow the sports of baseball and softball at the amateur and youth levels. A particular focus is placed on ways to provide access to quality playing opportunities for children in underserved communities.

Ripken has always placed a strong focus on giving back to the community. In 2001, he and his family established the Cal Ripken Sr. Foundation in memory of the family’s patriarch. The Foundation uses baseball to make a positive impact on underserved youth nationwide and has built more than 50 youth development parks across the country. The foundation’s Badges for Baseball program partners law enforcement with kids in nearly two dozen states to positively change that dynamic. Over 1 million kids will be impacted by Cal Ripken Sr. Foundation programs this year. 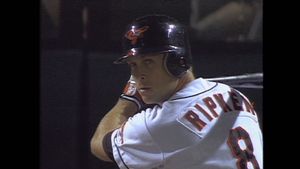 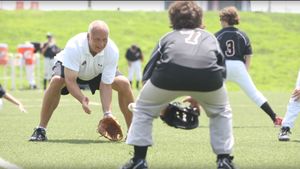 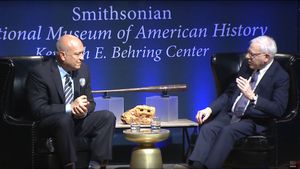